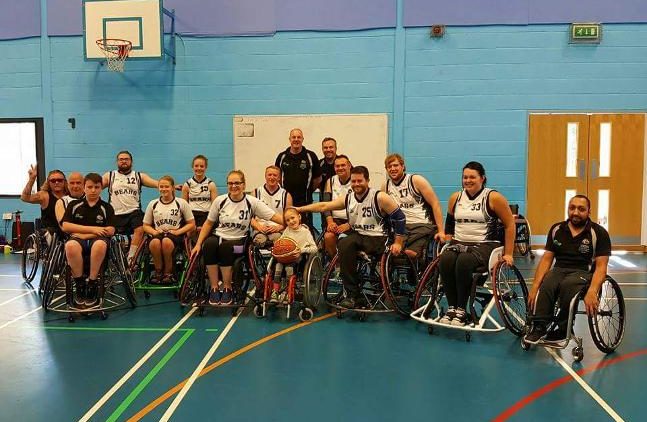 Meriel Park first captured the hearts of the Bears back in October 2016, when she came to watch the Bears first team in live action. In 2010 Meriel (aged 21 months) was diagnosed with Nemaline Myopathy, a very rare, degenerative muscle condition with no treatment or cure, which changed the lives of her family overnight. Nemaline Myopathy is one of the congenital myopathies, ultimately meaning those affected are reliant on others for care in all areas of their lives. Less than 50 people in the UK have been diagnosed with her condition. Two Bears players have Muscular Dystrophy; a degenerative condition.

The Bears are the Second recipient of this fundraising event. Established in January 2002, The Bears rely on donations for the smooth running of the team, thus, providing high quality, competitive sport to people of all ages, gender and abilities. Because of their efforts the team now has three National League teams and a Women’s team. The money raised help establish a Junior team, a long dream for Head Coach Tom Masterson. This season has been hugely successful with the Bears 1st team has been promoted to the Premiership!

Meriel and her family, friends and teacher s from Kitebrook Prep School, Moreton in the Marsh, have been training with Bears, to face the National League team. Preparations have been made to ensure that the game is as close and as realistic to a league game as we can make it, with qualified officials overseeing the game. With a 20 point advantage, the challenge for the visiting team will be to out score the experienced Bears but more importantly understand the professionalism of the sport and raise awareness for the chosen charities.

Meriel and her carer, Anna-Marie have written a book; The Dream Stone, since competing in a triathlon; raising over £3000 for Parallel London in September ’17 and various other impressive feats for a small child. Meriel won Well Child Inspirational Child Award two years ago (presented by Prince Harry).