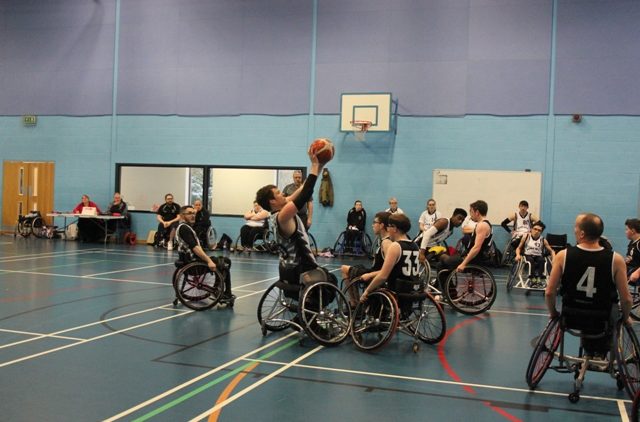 The Bears came away from their long journey to Tees Side with mixed fortunes as both Bears 1 and 3 faced the Titans in this weeks away fixtures. In the first game, the Bears were up against Titans’ first team, who welcomed back Jude Hamer for the first time following her silver medal win, with the Great British Women’s Team, at the World Championships in Germany. Conversely however, the Bears were missing Siobhan Fitzpatrick from their ranks, who won silver alongside Hamer and the GB women, and was away helping Great Britain under 24’s win gold in the European championships.

In the first quarter the Bears were their own worst enemy, making a number of uncharacteristic mistakes and giving the ball away cheaply to the Titans , who took full effect and were able to take an early decisive lead at the end of the first quarter  Titans 22 – 4 Bears.

The Bears introduced the experienced Darren Peasley at the start of the second quarter, and were able to find their way to the Titans end, but were not able to take any advantage with their shooting. This allowed the Titans to pull further away from the Bears with the scores at the half time break  Titans 36 – 14 Bears.

The third quarter saw no change from the previous half, as the Bears were unable to put together any consistent pressure and again lost the ball continuously to the impressive Titans team who again won the quarter and pulled further away with the scores going into the last quarter  Titans 46 – 21 Bears.

The last quarter was all about pride once again for the Bears as they tried to find some consistency in their offence whilst trying to defend against the impressive Titans side.  With the game already won, both teams played the game out  to the final scores of Titans 60– 30 Bears.

After the game Coach Masterson said “Firstly, I would like to congratulate the Titans and their coaching staff on an impressive win today.  I think we are still finding the massive gap between first division and the Premier league, hard to bridge.  Once again, all we can do is try and learn from these games and go and practice harder.”

The Bears 3 team were able to make the long journey back from Tees Side more bearable after an impressive win, with only a limited squad available. With the team made up almost entirely of the Bears women’s team, with the addition of Adrian Taber and Harry Draper, The Bears 3 were able to take the victory Titans 16 – 51 Bears 3

After the game Coach Dan Smith said  “A fantastic performance from Bears 3 gave them a convincing win against Teesside Titans. Even with a minimal squad the team dug deep and played strong till the end. Very proud of all the team today”

The Bears are next in action when Bears  play the home fixtures against Sheffield Steelers Premier team and Bears 3 face Steelers 5 on Sunday 18th November .  Entrance is free for all spectators to come along and watch a live game.

Disability sports clubs such as the Bears are entirely charitable organizations, run not for profit on the basis of volunteer contributions and the support of sponsoring partner such as Dreams, the UK’s largest bed manufacturer. Through their sponsorship, Dreams enables the Bears to continue their work; not only training and supporting athletes, but also supporting their local community.  The Bears are still looking for additional sponsors to help the club in their endeavors to provide sporting opportunities for   local disabled people