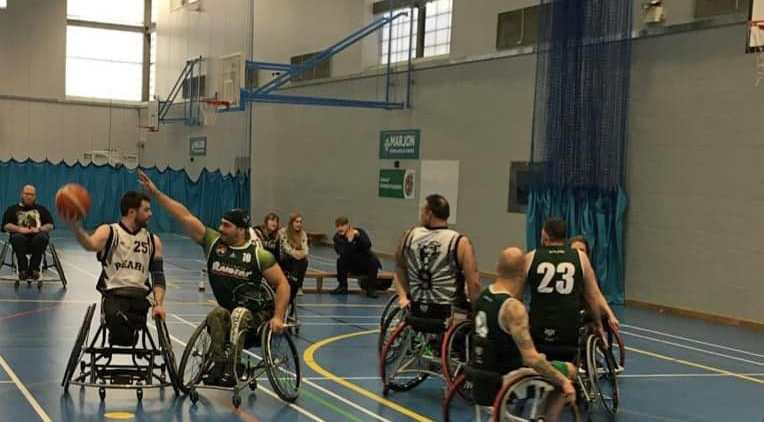 Bears 2 got back to winning ways on  Saturday after a long road trip to Plymouth.  After losing their last two away games, the Bears were determined to get their push for a play-off spot back on track, and with a full squad to call on for this fixture, the Bears started the game at a pace going into an early comfortable lead with the scores at the end of the first quarter, Raiders 10 – 20 Bears 2

The second quarter was a mirror of the first quarter with the influence of the impressive Ian Beach marshalling the defence and with coach Darren Peasley adding to the Bears score tally, the Bears went into the half time break with a very comfortable lead of Raiders 16 – 40 Bears 2

After the half time break coach Peasley used the opportunity to give his bench some valuable court time to repay the effort of such a long trip, and was rewarded when all his players added to the increasing score to go into the final quarter with the scores Raiders 27 – 61 Bears 2.

With the game virtually won, both teams turned to their benches to give their squad players a run out and see out the game with the scores at the buzzer and with Adrian Taber hitting a buzzer beating 3 pointer and the Bears able to enjoy their long drive home with the final score Raiders 37 – 80 Bears 2

After the game Coach Peasley said “A big thank you to Raiders who gave us a great game and the scores don’t reflect how hard they worked.  It was nice to have my full squad today and to get back to winning ways again. We need to just push now till the end of the season and try secure a play-off spot.”