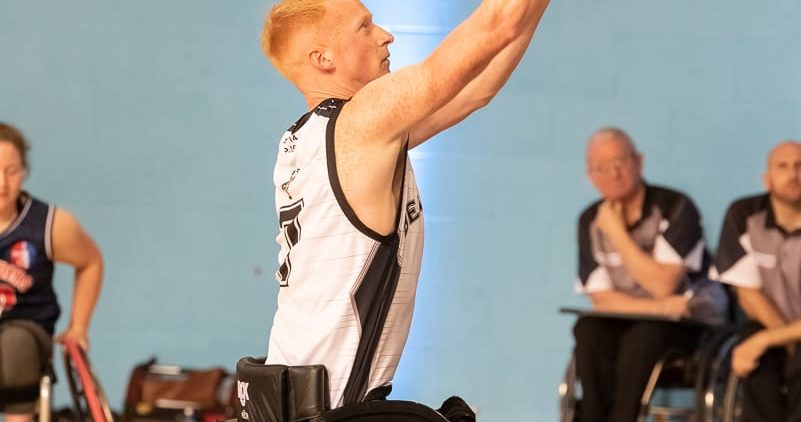 The Knights started the brighter of the two teams and quickly built a great lead in the first quarter, with Jason Kennedy and the speedy Matt Rollston finding the Bears basket early and making their shots count.  The Bears although getting into great position, where unable to make any shots drop through the Knights basket, which allowed the Knights to go into a healthy lead of NI Knights: 16 – 8: Bears at the end of the quarter.

The break seemed to wake the Bears up who finally began to make their shots count but were unable to stop the Knights from also going basket for basket and in a very level quarter, the Knights once again went into the half time break with an eight point lead and the scores NI Knights: 32 – 24 :Bears

With the extra time of the half time break favouring the Bears, the break allowed them to recover from the earlier quarters and start to make a better effort of the quarter.  With a better defence and Dan Gill and Daz Peasley keeping the scores ticking over, the Bears were able to pull level and even go into a slight lead going into the last quarter.  Knights: 41- 45: Bears

The last quarter was a tight game with the Bears trying their hardest to keep the slight lead they had built in the last quarter. But eventually the Bears seemed to run out of steam due to the pressing game the Knights applied and the Bears finding the rubberised floor of the Knights home venue being a strength sapping surface.  Once again the experience of Jason Kennedy was able to pull the Knights level and into a slight lead which they held up to the final buzzer and the scores NI Knights: 61 – 56: Bears

After the game Coach Masterson said “Like to congratulate the Knights on the win and a great game. I thought we had the game in the last quarter but we just ran out of steam.  I can’t fault the team as they gave everything and it was just a shame, we didn’t have a full squad with us but I look forward to the home game.”