New Beginnings for the Bears! 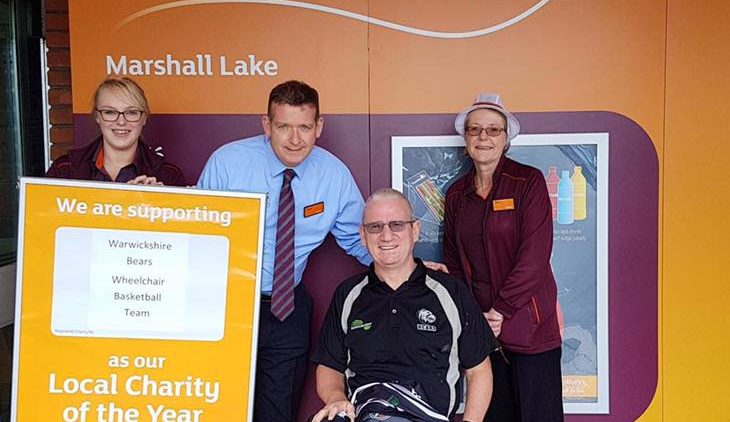 New Beginnings for the Bears!

The Season may be over for the Bears, but that does not mean that there isn’t plenty going on over the Summer! In fact, there are plenty of new beginnings for the Bears in the coming months, and we are very excited to share these new beginnings with you!

Firstly, the Bears are thrilled to announce their recent partnership with Sainsbury’s Marshall Lake! Following a tough competition against many other fantastic causes, the Bears are proud to be named the Sainsbury’s Fundraising Partner for 2017-2018. The team are thrilled, with Coach Masterson saying “ I’m delighted that the Bears have been chosen as the store charity for Sainsbury’s.  This is a fantastic opportunity to raise much-needed funds and also to attract new members to the Bears, whether they be players, volunteers or supporters.  Hopefully, the customers of Sainsbury’s will be able to interact with the Bears and see exactly what we do.”

Sainsbury’s Marshall Lake Manager Tony Kenny said, “We are delighted that we will be working with the Warwickshire Bears Wheelchair Basketball Team as our Charity of the Year. Our Customers and Colleagues work brilliantly together raising vital funds in the local community and look forward to the fundraising and awareness-raising over the next 12 months.’

Keep an eye out for the Bears when visiting Sainsbury’s Marshall Lake! We are taking part in our first bag pack from 4th – 6th August, so come along and support the Bears in partnership with Sainsbury’s!

Meanwhile, the first week in August marks yet another new beginning, this time for some of our junior players. Bear Cubs junior players Tom Masterson jnr and Ellen Fraser are embarking on their first regional basketball experience, after being selected to represent the West Midlands under 15s team in this year’s Regional Junior Championships. “We are immensely proud of how far our Bear Cubs have come this season, and wish Tom and Ellen the best of luck in such a new and exciting step in their basketball careers!” said Bears u15’s coach Jacob Robinson.

And finally, the Bears are proud to announce the launch of an all-new Saturday Junior and Development training session, held at Warwickshire Sports College from 1:00pm-4:00 pm. These sessions will enable an expansion of the Warwickshire Bears Satellite team, as well as providing an inclusive environment for new-comers and junior players to get to know the sport, the coaches, and practice their skills.