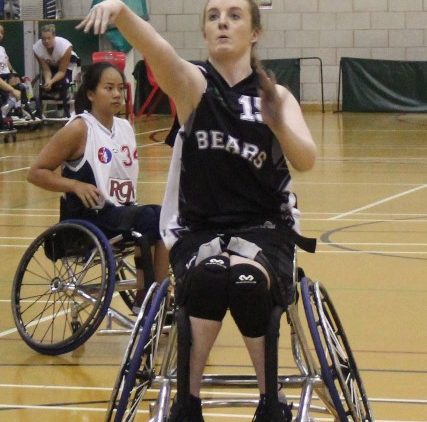 The Bears were convincing winners in their first home game for 2017, when they faced Cardiff Met Archers.  The Bears started the game with a shaky start, whilst scoring at Archers basket, but unable to hold the Archers from also scoring.  At the end of the quarter, there was hardly any difference between the two teams with the scores Bears 18 – Archers 15.

The Bears came out in the second quarter and started to dominate the game, with a strong defence limiting the Archers to only five points for all the quarter, whilst racking up 18 points at the Archers basket.  At the half time buzzer the Bears were already in a comfortable position leading Bears 36 – 20 Archers.

The third quarter started with Bears making changes to the line ups, but this had no effect the strong defence they were playing.  On the attack, the Bears began to play with even more fluency, moving the ball up and around the court quickly which helped them add even more to the lead they had built up.  The end of the quarter finished with Bears in a healthy lead of 56 – 28.

The last quarter saw no let up on the pressure Bears brought to bear on the Archers.  Even with making full use of the bench to give valuable time to the squad, the Bears defence never let up the pressure, whilst again moving the ball freely and adding to the lead.  With the game won the last play of the day saw the game’s MVP Siobhan Fitzpatrick who was also celebrating her birthday finish the game off with ta 3 point shot, to cap off a fantastic performance.  The final scores at the buzzer were Bears 77 – 38 Archers

After the game coach Masterson said “Great performance today from all the players.  It was even more satisfying to see no let up on the performance from any line up that was on court.  Have to give a special mention to our birthday girl Siobhan who was awesome today, she really did deserve to be chosen as our MVP.”