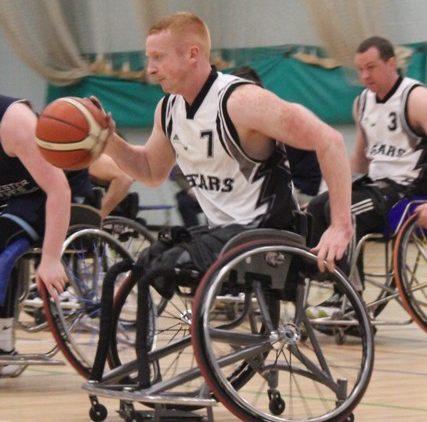 With the season drawing to a close the Bears have had more good news to add to the successful season they have had; the selection of two of their number to represent Great Britain in two competitions. Siobhan Fitzpatrick was selected to play for Great Britain’s ladies team at this year’s European Championships, held in Tenerife.  This year has marked Siobhan’s first season with the Bears, where she helped them to finish in third place as the Bears highest ever league place, and narrowly missing out on a play-off place. Following such a successful season, Siobhan was selected for Great Britain in this year’s Continental Cup.

“Hard work really does pay off… so excited to have made my first senior major tournament and to be the first CP athlete it makes it even better. I just want to enjoy it and make memories and help GB reach their first ever final”

Another member of the Warwickshire Bears to get international recognition is Dan Gill who, after acting as a spearhead for the Bears 2 and contributing to the team’s victory in their league, has been picked to represent Great Britain in wheelchair basketball at this year’s Invictus Games, held in Canada in September.  After being injured in Afghanistan, Dan started his basketball career with the Bears in 2013 and has gone from strength to strength, culminating in the selection for this year’s Invictus Games squad.

“Being selected for the Invictus team has been almost surreal! After my injuries, I didn’t think I’d make it back into sport at all let alone achieve selection into a team of such a high standard. It just goes to show that hard work and perseverance really does pay off.”