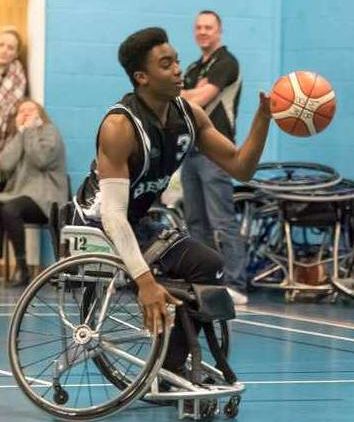 The Bears second stream team had a disappointing road trip when the faced Cardiff Met Archers on Sunday at the University of Cardiff.  The Bears were missing a number of their starting lineup and had to call upon members of the Bears 3 team to fill in.  With impressive displays from Aimee Hillson, Andy Stow and junior Aaron Grant, the Bears 2 team were hoping for a win in order to secure their survival in the 2nd Division.

The game started with the Bears playing a strong defence whilst running the floor and making the most of their early chances.  The Archers were able to match the Bears scoring and the scores at end of first quarter seen a one point difference in favor of the Bears,  Archers 12 – 13 Bears 2.

The second quarter saw Archers ramping up their defense, putting Bears under pressure around their basket whilst also being able to convert their chances at their own basket to go into the half time break opening up a lead of  Archers 23  – 16 Bears 2.

After the break the Bears were still unable to make any leeway into the Archers lead and fell further behind with Archers playing a tight stubborn defence whilst converting their own chances  The scores going into the last quarter were Archers 35 –  19 Bears 2. .

With the game virtually won, the last quarter saw both teams score basket for basket to the final buzzer. The final scores were: Archers 43  – 28  Bears 2..

After the game coach Hall said “Firstly I would like to congratulate the Archers on a good win today.  It was always going to be difficult today with us missing some key players but I think the three players who played up today were magnificent. This demonstrates exactly what we are looking to do at the club: to push players up through the ranks of teams .”