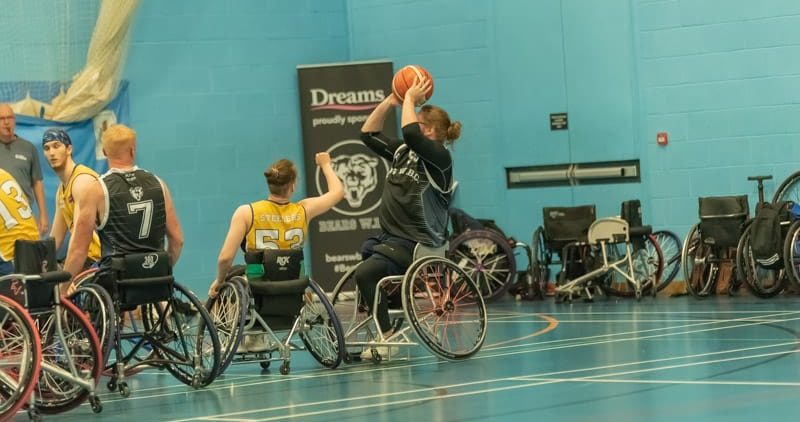 The Bears kicked off their season with a game against last season’s Champions and Eurocup winners Sheffield Steelers.  A change of personnel for the Bears, following the loss of three members from last season’s line up, welcomed Macauley Tomlinson, Kelvin Jones and Sho Ayub to the court to face what was once again going to be a daunting opener for the team.

In the first quarter the Steelers took a firm grip on the Bears, playing strong at both ends of the court and providing very few chances for the Bears to score. Steelers used their exceptional speed and height advantage to build a healthy lead at the end of the quarter Bears 4 – 21 Steelers.

The second quarter saw Steelers keep firm to their pressing game. The Bears struggled to make any clear chances and Steelers continue to run their scores up.  The scores going into the halftime break Bears 13 – 41 Steelers.

With the comfortable lead already built up fin the first half, the Steelers reverted to a zone defence, which gave the Bears more opportunities to put some scores on the board.  Both team going into the last quarter Bears 23 – 55 Steelers.

The last quarter was all about pride as the Bears kept plugging away at the score difference. With little time to make an effective dent, the Steelers went home with a comfortable win at Bears 38 – 70 Steelers

After the game Coach Masterson said “I would like to thank Steelers and their coach Kev Hayes for a fantastic game and a lesson on how far we still need to go to be able to compete at this level.  This game has shown that it is going to be another tough season ahead of us, but all we can do is keep going and get better.”