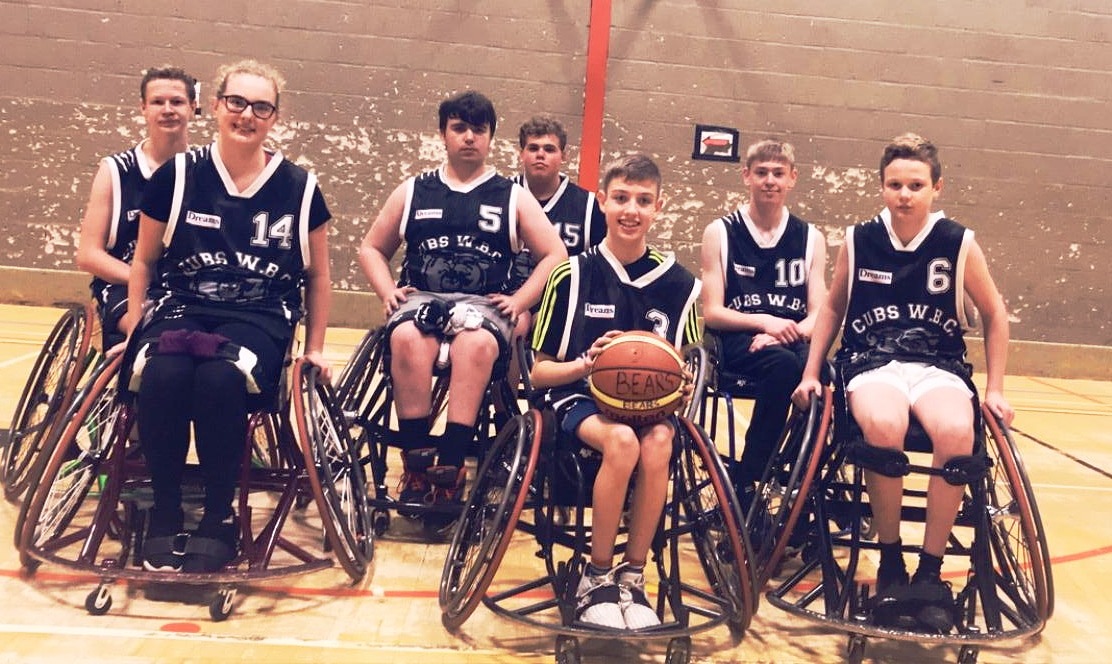 A disheartening week of fixtures for the Bears, as all three of their teams found themselves on the losing side. Bears 1 and 3 took on a well drilled, and previously victorious, Steelers side in a home court rematch on Sunday. The day before, the Bear Cubs took on their first Junior League weekend. Although no wins were secured, the team came away with the pride and passion that has come to characterize their performances.

After suffering a devastating defeat to the Steelers earlier on in the season, this was going to be an even bigger test for the Bears as the Steelers welcomed back GB international women’s player Amy Conroy to bolster a team that featured Harry Brown, Jim Palmer and James Macsorley who helped GB to victory in the world championship earlier this year.

In the first quarter the Steelers took a firm grip on the Bears, playing a pressing game which led to very few chances for the Bears to score at the Steelers basket. Steelers used their exceptional speed to build a healthy lead at the end of the quarter Bears 4 – 21 Steelers.

With the comfortable lead already built up from the hard work in defence, the Steelers reverted to a zone defence, which gave the Bears more opportunities to put some scores on the board.  Both team going into the half time  Buzzer with the scores Bears 19 – 42 Steelers.

The third quarter saw Steelers turn back to a full court pressing game, and once again the Bears struggled to make any clear chances while Steelers once again ran their scores up.  The scores going into the last quarter Bears 25 – 61 Steelers.

After the game Coach Masterson said “Like to thank Steelers and their coach Kev Hayes for a fantastic game and a lesson on how far we still need to go to be able to compete at this level.  I can’t fault the Bears as they are amateur players up against paid professionals and they gave everything,  But Steelers is the club we should be looking at as the standard we want to be.”

Earlier in the day the Bears 3 team suffered defeat again to the Steelers 5 team.  After conceding defeat to the same team earlier in the season, the Bears were looking to overturn that result but once again the strong Steelers team held out for the back to back win.   The Bears side, which included a large number of junior and developing players, held its own against a well drilled opposition and fought to maintain a close score. Following the final whistle, the score was Bears 3 44 – 58 Steelers 5.

After the game Coach Dan Smith said  “ Some great basketball played by both sides. We saw the introduction of new player Joe Preston And Michelle Quested scoring her first league basket. It’s onwards and upwards for the rest of the season. “”

The Bears Cubs played their inaugural fixtures after travelling to Wales to play C.W.B.A juniors and North Wales Knights juniors in the Lord Taverners Junior League.   The game was the first competitive basketball for a number of the Cubs. But even with the lack of experience and age, they did marvelously well to lose both games but come away with a lot of praise for the performance and effort by the juniors.  The results were C.W.BA 80 – 40 Cubs and N.W. Knights 57 – 30 Cubs.  At the end of the games coach Masterson said “ Immensely proud of the Cubs today.  This was their first ever competitive games and some of the team had to play two games back to back with no rest.  This is just the start of a long career playing wheelchair basketball and also a start for the team.  The exciting thing is that they will get better in time and so will the team.  Just watch this space.”