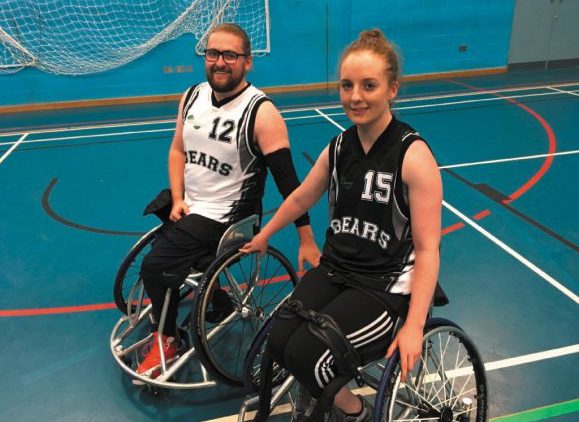 THE ARRIVAL of Great Britain internationals Jacob Robinson and Siobhan Fitzpatrick will help help Warwickshire Bears settle into life in Division One of the National League.

The GB duo have both agreed to join Tom Masterson’s setup from London Titans ahead of the 2016/17 season having known the Bears coach for a number of years.

Fitzpatrick sees the move as the perfect stepping stone towards her dream of representing her country at the Tokyo Olympics in 2020.

“I’ve known Tom for ages,” said 18-year-old Siobhan, who is currently on standby for the Paralympics in Rio.

“I’ve trained with him on and off and I promised I would come and play for Bears when they got promoted to Division One so, once they did, I had to keep my promise

Despite her young age, Fitzpatrick brings a wealth of experience to the Bears side having travelled the world with the GB women’s team this year, starting with a training camp in Lanzarote and then heading for Japan, Canada, Germany and Holland.

She captained the team to gold in the European Championships in July where GB beat defending champions Germany, and she did all this while trying to study Biology and Psychology A-levels.

Fitzpatrick left Cardinal Newman School in Coventry in July and providing her results go well, she has a sports scholarship to go to Worcester University which is where the GB women’s training centre is also based.

Robinson also brings a wealth of international experience after becoming a full junior international in his teens and he went on to represent GB in the Under-23 European Championships before winning a gold medal at the Champions’ Cup in Japan back in November.

The 20-year-old, who has been playing wheelchair basketball since the age of 11, has since decided to retire from international basketball to concentrate on his law and criminology studies at university.

Robinson added: “I want to get back to club basketball and hopefully helping Bears win the Division One title next season. I had a good time with GB but I think it is time to focus on my career.”