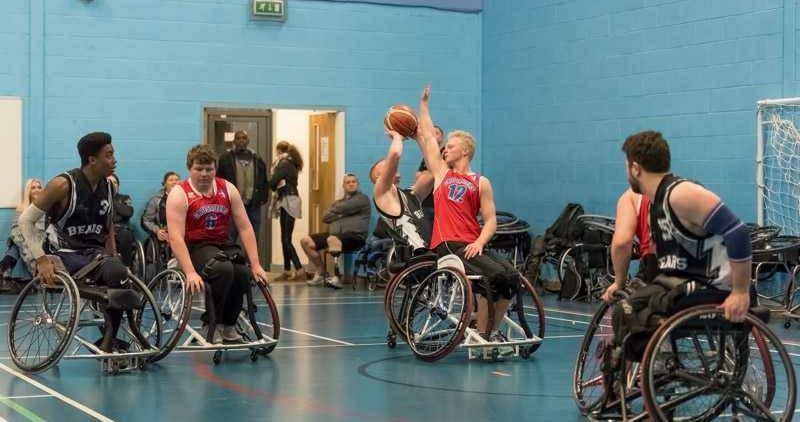 The Bears came out on top of this tightly fought friendly to go into the Christmas break on a high. In the first quarter, neither team were able to take hold of the other. And so, the score board ticked over with the Bears having a slight lead at the end of the quarter Bears 17 -12 CWBA.

The second quarter was a mirror of the first, but with Coventry playing a pressing game to stifle the Bears offence.  With Cameron Swann finding the Bears basket, the home team could not get any distance from the visitors, with the score Bears 30 – 22 C.W.B.A. at the half time point.

The third quarter was the major turning point in the game, as the Bears were able to find their free-flowing game.  With Dan Gill and Ben Haigh taking full advantage of the opportunities made for them, the Bears went into the last quarter with a healthy lead of Bears 48 – 28. C.W.B.A

The Bears used the last quarter to cement their victory as well as giving some much needed court time to their bench. Both teams battled it out to the final buzzer with the scores Bears 66 – 40 C.W.B.A

After the game coach Masterson said “Firstly like to give a mention to Cameron Swan and especially young Tom Cutts who has only just celebrated his 15 birthday.  Both of them were amazing today and are a credit to the coaching staff at Coventry.  As regards the Bears, it was a slow start again and we need to be starting stronger especially with the teams we are facing this year or we’ll come out wanting.  On a good note, Dan Gill was back to his best and Ben (Haigh) was awesome.”

The Bears 2 came out winners in what was the game of the day against Cardiff Met Archers.  With both teams neck and neck throughout the game, and only two points separating both teams going into the last quarter, it was the Bears depth on the bench that saw them come out victorious in the end

Beginning the day on a high, the first game saw a thrilling 40 minutes between The Bears 3 and C.W.B.A.  Both teams featured a mix of both experience and youth but the Bears, possessing the home advantage, were able to call on more players. Coventry, although pushing to the end,  ran out of steam and the Bears finished slightly on top with the scores Bears 3 56 – 50 CWBA 2